The Story of the Fallen Rupee

"The Governments blame all problems on external influences beyond their control.. but seldom shy in taking credit for any and all favorable developments and circumstances"
- Milton Friedman 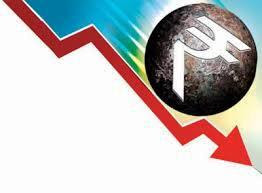 Pessimism was looming large and big ever since May 22, but what the markets feared turned out to be true on Wednesday, June 19, 2013, when Mr. Ben Bernanke finally dropped the bombshell confirming a gradual end to the U.S stimulus package, rattling all emerging markets.  The Bernanke effect was evident on the market since May 22, when he had first hinted at a reversal in policy stating that “a decision to scale back bond purchases could come at one of the next few meetings, if the economy looked set to maintain momentum”. The Indian stock market was in red ever since May 22 and the rupee was on a free fall, but it plunged to new abyss of 59.94 on June 19, on account of the confirmation on the reversal of the Fed policy from the Fed Chairman. 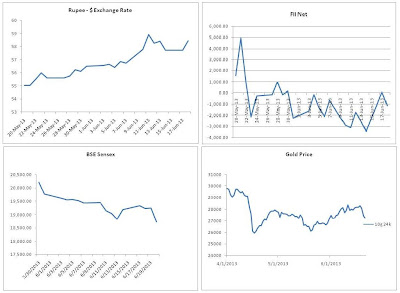 The overnight interest rates in U.S have been a near zero since December 2008 when the Fed initiated its 'Quantitative Easing' policy following the Recession. The Fed went on to purchase bonds and thereby  pumping in money to the system in order to provide stimulus to the recession hit economy. As a result of the ultra low interest rates and the abundant liquidity, the money started to flow out of the U.S to emerging countries like India, which had a high interest rate regime.

But now the Fed has confirmed the reversal of the policy bringing an end to the QE policy owing to the revival of the U.S economy from the recession. This means that the interest rates in U.S will pick up and climate will get more conducive for doing business. Hence these FIIs that had flown into emerging economies will start to flow out, resulting in an unprecedented increase in the demand for Dollar resulting in the fall in the local currency.

Is it an India Specific Issue?

No it is not. The decision of Fed has hit not only the Indian Economy but the economies of all the emerging countries in the world. The table below shows the percentage of fall registered by the currencies of the  major emerging markets in the world since May 22, 2013.

The table shows that excluding Chinese Yuan, currencies of all other emerging countries have taken a hit. In fact, Brazilian Real and South African Rand have fallen much more than the Indian Rupee. Hence it substantiates that the fall in the rupee is not an event in isolation but part of a global trend. The following figures show the movement of currency exchange rates in the emerging nations since May 22, 2013. 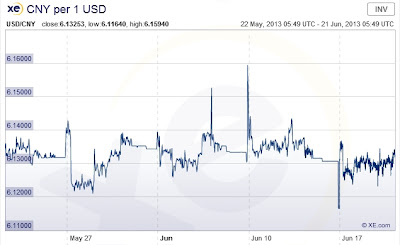 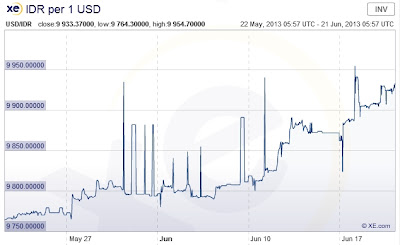 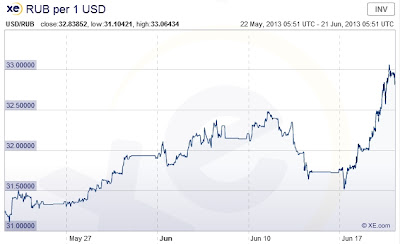 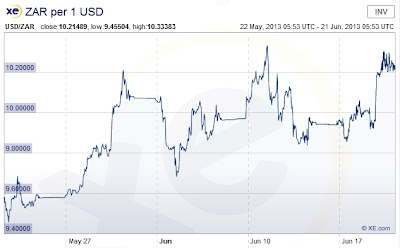 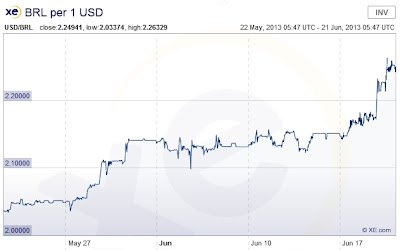 Has the FIIs caused the Fall of Rupee?

In India, following the QE policy,there was a surge in the FIIs owing to the higher interest rate in the country. The Foreign Institutional Investors (FIIs) had pumped in $22 billion last year and $14 billion so far this year, which had resulted in the strengthening of rupee. But since May 22, the economy witnessed a dramatic increase in the FII sales, leading to a negative FII Net. In order to check if the heavy sales existed in both Equity and Debt front, I went on to do a Paired t-test, the result of which is shown below. The data was taken from May 20, 2013 to June 18, 2013.

Now to investigate whether this flight of FIIs has resulted in the recent fall of rupee, I went on to do an OLS regression estimation with the  Rupee-$ exchange rate as the dependent and the FII Net as the independent variable. The data was taken from May 20, 2013 to June 18, 2013. The result of this estimation is provided below.

The result showed that the reduction in the FII Net has a significant impact on the Rupee-$ Exchange rate and has been a major reason for the Rupee depreciation. The negative beta value shows that when the FII Net falls, the rupee value increases numerically that is from 53 to 55 or from 55 to 59, indicating the rupee depreciation.
Thus it could be concluded from both the analysis that the Policy reversal decision of the Fed has resulted in a flight of FIIs from India, especially from the Debt market and it is this flight that has resulted in the historic fall in the Rupee we are witnessing now.

Though the current fall in the Indian rupee is a part of a global phenomenon following the Fed's policy reversal, but neither the Government of India nor the Economic Policy makers in this country can wash their hands off from the magnitude of the damaged caused. The over reliance of India on the QE money is one of the prime reason for this major setback today. The policy paralysis and scams along with the already existing business impediments in the form of red tapism and rigid outdated laws has gloomed the investment climate in this country, which is a reason why we are witnessing such a massive flight of capital out of the country. The requirement of this hour is for the Government to stand up and provide confidence to the investors by the means of swift and visionary policy declaration that could attract the investors and bring their confidence back on the Growth Story of India. The burgeoning CAD is another major reason behind this massive fall in Rupee. Government should come out with a realistic road map to peg the CAD. If the RBI is left with any firing power, it is now that they have to show it with some aggressive operations in the market. The Rupee has to be saved if not what lies ahead will be huge debts and high inflation. The common man in this country is no longer in a position to bear another petrol, diesel or LPG price hike or to fight a double digit food inflation. But the question is who will dive in the parachute and rescue the rupee before its dead.

Posted by Dr Vineeth Mohandas at 11:30 AM