THE UNION BUDGET 2013: PRAGMATIC OR VERBOSE? 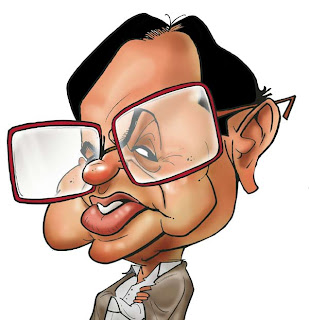 In the morning of the penultimate day of February 2013, the Union Finance Minister Mr.P.Chidambaram presented to an anxious nation and a more anxious world, arguably one of the most anticipated Budgets in recent times. The road towards this Budget was in no way a smoother one for the FM as India was facing one of her toughest times since 1990. Low growth rate (5.5%), high retail inflation (10.79%), high fiscal deficit (5.7% of GDP) and a burgeoning Current Account Deficit (5.4% of GDP) clubbed with a potential threat of a downgrade of India's investment grade sovereign rating to junk by FITCH and S&P had created one of the most difficult pre-Budget situation for any FM in recent times. The political compulsions on the other hand, calling for a populist Budget with a view of the General Elections next year had made it even tougher. It was always going to be a ‘walk on a tight rope’ for the FM as he had to drive the country and its economy slowly, smoothly and steadily out of this difficult time. It will be in this context that the Budget 2013 will go down in the history of India, as it is rightly poised at that turning point which will decide future of India in World Politics.

The Budget – in Nutshell

The mool mantra of this Budget was “higher growth leading to inclusive and sustainable growth”. For sustainable development, it required increased in all important sectors – Infrastructure, Education, Agriculture, Health Sector and Rural Development. For inclusive growth, it was important to have added attention towards the welfare of Minorities, Women and the SC-ST.

Infrastructure
The 12th plan has called in for an investment to the tune of $1 trillion for the development of infrastructure in India. While 47% of the investment is envisaged to be shared by Private sector, the Government needed new and innovative instruments to mobilize funds to meet the rest of the investment share. The FM resorted to Infrastructure Debt Fund (IDF) under SEBI, Tax free Bonds, Assistance of World Bank and Asian Development Bank, the Rural Infrastructure Development Fund (RIDF) under NABARD to increase investment in Infrastructure. The FM also proposed to provide Credit enhancement to Infrastructure companies that wish to access the bond market to tap long term funds, through Indian Infrastructure Finance Corporation Ltd.(IIFCL) in order to attract them to bond market. The FM also proposed in the Budget to constitute a Road Regulatory Authority to address the issues of financial stress, enhanced construction risks and contract management issues in the road construction sector. He also proposed for a Cabinet Committee on Investment to monitor investment proposals as well as projects under implementation in the Industrial sector, especially manufacturing. The Budget also provided the Ministry of Rural Development with Rs.8,000 cr. for continuing the development activities in our villages.

Education
The Budget allocated Rs.65,867 cr. for the Ministry of Human Resource and Development for the FY 2013-’14. The FM also allocated Rs.27,258 cr. for Sarv Siksha Abhiyan and Rs.3,983 cr. for the Rashtriya Madhaymik Shiksha Abhiyan. He also allocated Rs.5,284 cr. to various Ministries for providing scholarships to students belonging to SC/ST, OBC, Minorities and girl children. The Budget also provided Rs.13,215 cr. for the Mid Day Meal Scheme. The FM also designed an ambitious project to motivate our youth to voluntarily join skill development programmes. Rs.1,000 cr. was allotted to the National Skill Development Corporation to set curriculum for training youth in different skills and for providing a reward of Rs.10,000 for each candidate who successfully completes the training.

Agriculture
The Budget allocated Rs.27,049 cr. for the Ministry of Agriculture, which was an increase of 22% over the Revised Estimates in the previous year. Of this, Rs.3,415 cr. was provided for Agricultural Research. The FM increased the Agriculture Credit target for the FY 2013-’14 to Rs.7 lakh cr. as compared to the Rs.5.75 lakh cr. in the previous year. He provided Rs.1000 cr. for continuing the Green Revolution happening in the Eastern India. The Rashtriya Krishi Vikas Yojana, the National Food Security Mission and the Integrated Watershed Programme were provided Rs.9,954 cr., Rs.2,250 cr. and Rs.5.387 cr.  respectively. The FM also proposed to open an Indian Institute of Agricultural Bio-technology at Ranchi and a National Livestock Mission in FY 2013-’14.  Rs.5,000 cr. was given to NABARD to finance construction of warehouses, godowns, silos and cold storage to store agricultural produce, both in Public sector and Private sector. The FM also set aside Rs.10,000 cr for the National Food Security Bill, if passed in the Parliament.

Health
The Budget allocated Rs.37,330 cr to the Ministry of Health and Family Welfare, of which Rs.21,239 cr. was given to the National Health Mission. The FM proposed to implement a National Programme for the Health Care of Elderly in 100 selected districts of 21 States and for this Rs.150 cr. was allocated. Rs. 1,069 cr. was allocated for Ayurveda, Unani, Siddha and Homeopathy sector and Rs. 4,727 cr. was given for medical education, training and research. Rs. 1,650 cr. was allocated to start hospitals in the six AIIMS-like institutions.

Minority, SC/ST and Women Welfare
The Budget allocated Rs.41,000 cr. for the SC welfare and Rs.28,500 cr. for the tribal welfare. Rs.3,511 cr. were allocated to the Department of Minority Affairs for the welfare of minorities in India. For women, the Budget 2013 provided two landmark gifts – i) India’s first Women’s Bank in the public sector and ii) the Nirbhaya Fund. The purpose of the Women’s Bank is to lend to women and women-run businesses, to support women SHGs and NHGs, to employ more women and to address the gender related aspects of empowerment and financial inclusion. The Nirbhaya Fund is designed to provide financial assistance to Government as well as non-government organizations that work for the safety and freedom of women in public space.

Finally, the all important Revenue, Finance and Capital
There were some important announcement and landmark proposals regarding the Financial, Capital market and Revenue were there in the Budget. The highlights are given below 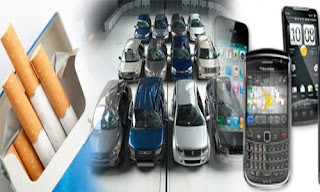 The Critique
Considering the present socio - economic and political situation, one can give Mr.P.Chidambaram credit for bringing out a good budget.  But then the question to be asked is who is responsible for this present situation. The Economic Survey 2013 point out that India’s economic malaise is as much home-grown as external. The Survey noted that “while India’s recent slowdown is partly rooted in external causes, domestic causes are also important.” It blamed the wrong policies and the policy paralysis of the UPA Government for the present situation Indian economy is in. The survey clearly holds that Pranab Mukherjee’s post-Lehman stimulus was too much and stayed on for too long. Instead of creating additional capacity in economy, we went into a model of stimulus induced consumption led growth. It was this High Inflation low growth model that got India into this present situation.

What we need now was significant investment activity especially from the side of foreign investors. The FM said in his Budget speech, “My greater worry is the Current Account Deficit. The CAD continues to be high mainly because of our excess dependence on oil imports, the high volume of coal imports, our passion for gold and the slowdown in exports…we have to find $75billion to finance the CAD. There are only three ways before us: FDI, FII or External Commercial Borrowing…What we can do is to encourage foreign investment that is consistent with our economic objectives.” But what we managed to do with our Budget was to confuse the foreign investors. 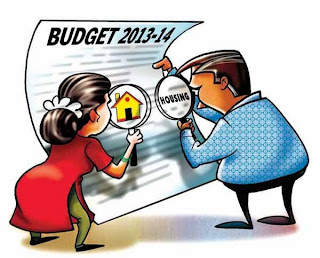 The retrospective changes suggested in Section 90A of the Income Tax Act relating to existing tax relief to foreign investments from countries having a Double Taxation Avoidance Agreement ( DTAA) with India and the proposal stating a tax residency certificate "shall be necessary but not a sufficient condition" to take advantage of double taxation avoidance agreements, created confusions among the foreign investors. Easing the registration process for foreign investors is a facilitator, but the game changer would have been a withholding tax cut across the board, which would have helped the current account deficit and the development of the onshore debt market. The 5% surcharge on the corporate tax of all Foreign Companies in India, also did not go well down with the foreign investors.

Both the Budget speech and the Economic Survey had highlighted that the higher demand for gold is one of the major reason for the increasing CAD. But surprisingly gold was exempted from higher duty, which would have otherwise reduced the demand for gold in the market. The omission of liquor, diamonds and platinum from higher taxes was also quite surprising. The Budget also lacked the vision on how to reduce oil consumption in India. In the Budget speech the FM had stated that “The battle against Inflation must be fought on all fronts”. But the policies in the Budget lacked the vision on how to achieve it.

The announcement of the Nation’s first Women’s Bank was indeed innovative but the question is was it the only way to do it?  Instead of creating a brand new Women’s Bank, we had the option of transforming branches of State Bank or other nationalized banks as women bank which would have reduced the establishment costs and would have help in achieving the same goals. Another worry is how the government is going to find money for all the expenditures announced in the Budget, as there is no was no attempt of widening the tax base in the budget and it will be difficult to finance these expenditures, without hurting the Fiscal deficit, unless the economy develops at a very high and unprecedented rates or we have a higher inflation.

Conclusion
The Union Budget 2013 can be rated as a good work of the FM Mr.P.Chidambaram, considering that it was his first budget as FM in UPA-II government. He was pragmatic in his approach and should be appreciated for not coming out with a populist budget with the General Elections next year in view. But the UPA has no right to claim it as a virtue, since the entire situation is a creation for their ill-governance and policy paralysis. The intent of the Budget was good but it lacks vision on some of the key issues and some of its policies goes self contradicting with its underlined notion. Certain recommendations in the Budget are vague and confusing. The Budget failed in providing a vivid road map to bring the economy out of its major threats i.e. Fiscal Deficit, CAD and Inflation. But at best what it has done is not to worsen the situation. Thus the Union Budget 2013, in spite of the best efforts of the FM, is verbose and nebulous.

Posted by Dr Vineeth Mohandas at 9:14 AM